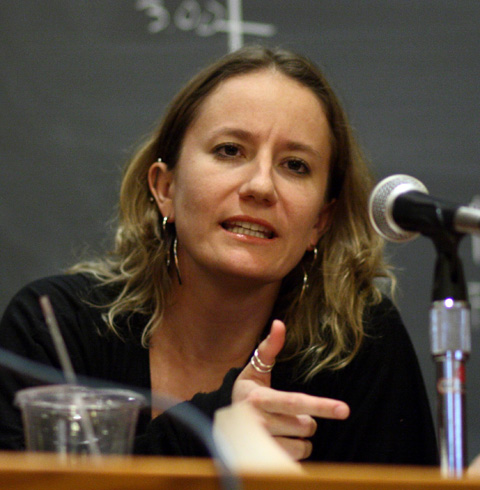 If you want to know more about how teenagers really use the Internet and what they think about all things connected to it, there’s no better source than danah boyd.

Her book  It’s complicated- the social lives of networked teens is available here (free to download as a pdf).

If you have less time, here are two articles with her, one from The Telegraph and one from the The Verge.

Her Wikipedia page is rather brief but at least has links to some more interviews and publications.

Your guide to boring (and bad!) writing

Nice to see some of the top fallacies about writing in one app – meet hemingwayapp.com 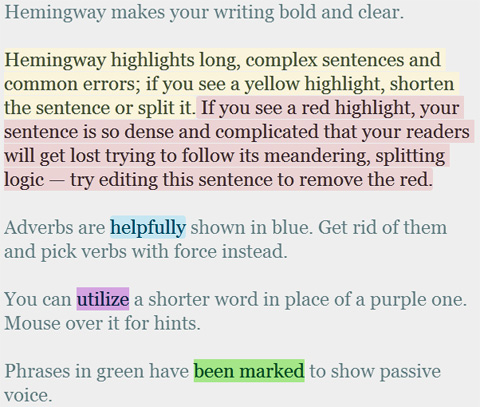 Seriously: is this a joke or what? Long sentences are necessarily bad? And what’s wrong with adverbs? They have been around in the English language for quite some time (another common fallacy is to prefer old versions to new!) so perhaps we should honour them instead of banning them, I’d say.

The next two (no long words and no passive, please) come from George Orwell, but this doesn’t mean that we should accept them with no questions. One thing is certain: if you always insist on using (!) “use” instead of “utilize”, your writing will remain at an intermediate level. Actually, the creators of the page quite honestly (not another adverb!) state that your writing level should never exceed that of a 10th-grader – and this is exactly what you’ll achieve by following their advice. Have you ever heard the phrase “dumbing down”?

I don’t even have to explain that the passive is no evil – Orwell himself used it just as frequently as any other writer. So did the author of these tips above – see the sentence “Adverbs are helpfully shown in blue” and, for the greatest irony: “Phrases in green have been marked in green”. Two out of four of your tips are in the passive, thank you very much.

Why do they have the structure in English in the first place if we’re not supposed to use it? Good luck trying to write without it – you’ll sound quite unnatural.

These last two “rules” have been widely criticised (passive!); two recent articles I especially liked are here and here.

Of course, any of these “rules” above can be true, and are obviously true if you overuse any of the devices they criticise – too many long sentences will most certainly make for difficult reading; using too many “long” words (whatever that means) might make your writing sound posh;  the overuse of the passive will make your writing stale and impersonal. But banning them outright is as stupid as it gets.

And I still don’t understand what’s wrong with the poor adverb.

Just in case you were wondering where to find news and resources about teaching English online… let me suggest my Scoop.it page, called Teaching English Online. 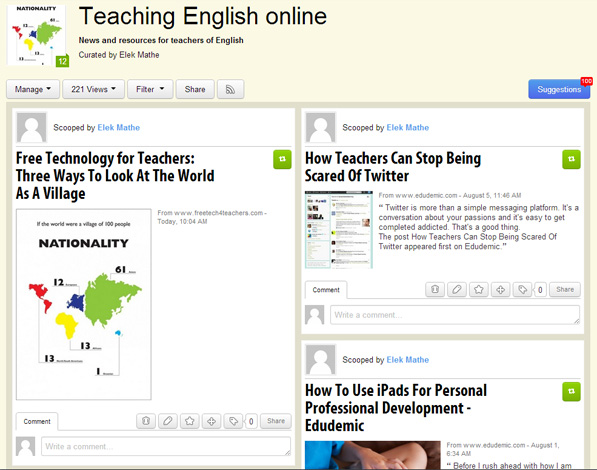 I’m planning to update it regularly (I know, I know…) with relevant links – give it a try and let me know if you like it. The page also has an rss feed if that’s your preferred way of reading stuff online.

Also, I’ve just set up another page there for learners of English; it should have some content very soon.

I still haven’t made up my mind whether I prefer paper.li or Scoop.it (while I know that they are different so a comparison might not be appropriate) but these days I seem to lean towards the latter. We’ll see :). 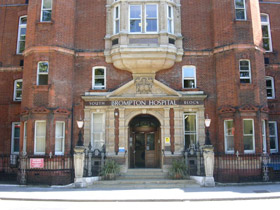 I had a truly touching experience this afternoon. At the corner shop the shop assistant told the woman in front of me: “Show him your certificate, he should appreciate it, he’s a teacher” (I’m a regular there so they know me.) The woman (around 30-35) presented a sheet of paper – she seemed very proud and uncertain at the same time, as if she couldn’t believe that it was real. She even asked me if I was sure it wasn’t a fake. It seemed genuine enough to me – straight A’s in all subjects. She had obviously been trying (unsuccessfully) to come to terms with her own achievement for some time as she seemed intoxicated (understandable under the circumstances, if you ask me). A bit of background for non-Hungarians: people of Roma origin have to face various forms of major discrimination in Hungary, and the woman was Roma. Her certificate was proof that she had completed her primary education. This might sound like a minor thing, but I’m sure that in her position it was a lot of work and a major achievement. The fact alone that she had the desire to enrol and commitment to graduate is a great thing – not to mention her perfect marks. No Hungarian school will award you straight A’s unless you’re really good. The mixture of childlike joy and disbelief on her face was something to remember.

No flow – Csíkszentmihályi in Budapest

Mihály Csíkszentmihályi, world famous psychologist, author of Flow gave a lecture in Budapest on November 7. To begin with, the change of venue didn’t help; most probably this is why it started almost half an hour late, to give people enough time to walk from Kossuth Klub to Uránia mozi. But it didn’t start even then; two speakers greeted the professor first. The second one was especially awkward to have to listen to – kept referring to Csíkszentmihályi as “Mihály”; obviously enjoyed showing off how good friends they are, when in reality most probably they aren’t: his company simply bought the rights to sell courses based on Csíkszentmihályi’s work.

So the great man started his talk over half an hour late, most probably unaware of the fact that the Hungarian organizers advertised his lecture with the title “Flow – kreativitás és tehetséggondozás” (Flow – creativity and nurturing talent), otherwise he would have at least made references to creativity and talent and their connections to flow. He was not the only one with limited information: after the first couple of sentences, quite a few members of the audience left, only to return a bit later, which baffled me until I saw them putting on headphones they had obviously just fetched. It was nowhere mentioned in the ads and posters that the lecture would be in English. Yes, people should have expected it, but I can’t really blame them: a lecture advertised with a Hungarian title, in a lecture series in Hungarian, with a speaker whose completely Hungarian name is written in Hungarian fashion (family name first) – and you get a lecture in English.

Unfortunately, Csíkszentmihályi was left unaware of another important bit of information: people in Hungary had already heard of his concept of flow. Most probably that’s why they came to this event. After the first few minutes of the lecture (when everybody had finally settled down) I thought, OK, this is just the introduction to the topic. But no. This was the whole talk. If you’ve read the blurb on the back cover of Flow or a brief synopsis of any of his numerous lectures on it, you heard nothing new in this lecture. Absolutely zero new information. Towards the end, when looking at one of the charts, I thought maybe – then Csíkszentmihályi said “but this is probably too complicated” and instead of analyzing the data there he went on to the next slide, which turned out to be missing so he finished his lecture a few minutes shy of 40 minutes. My wife Kati noted that the template used for the PowerPoint presentation has been unavailable in Microsoft Office for several years, so these slides must have been rather old. I found a review of a Csíkszentmihályi lecture which seemed almost identical – from 1999.

So, let’s take stock: the event was advertised as “from 10 to 12”. It started almost half an hour late. It ended slightly more than a quarter of an hour early (before 11:45). Csíkszentmihályi talked for less than 40 minutes, saying absolutely nothing new, then answered questions from the audience for about 20 minutes. A total disappointment.

All the reviews agreed that this was the concert of the year (with four months to go!) – I just can’t add enough superlatives, so let me look at this once-in-a-lifetime experience from a different point of view and post a simple list:

We’ll see what this site will grow into. I’m not really planning to post too many things here; as I explained on the About page, my main goal with this site is to have one place for all the links to my other (otherwise unrelated and thus unlinked) sites and online profiles. I don’t suppose I’ll write a personal blog here or post my thoughts on various issues of the world – frankly, I’m not that much interested in anything apart from my job; I’m a pretty boring guy in this respect. So, chances are that whatever I want to share with the world will be posted on the sites where they belong. But in any case, if there’s something that doesn’t fit anywhere else, and I can’t resist the urge to bring it out into the open, I’ll have a place for it.